By Michael KrajcerPublished On: August 13, 2021 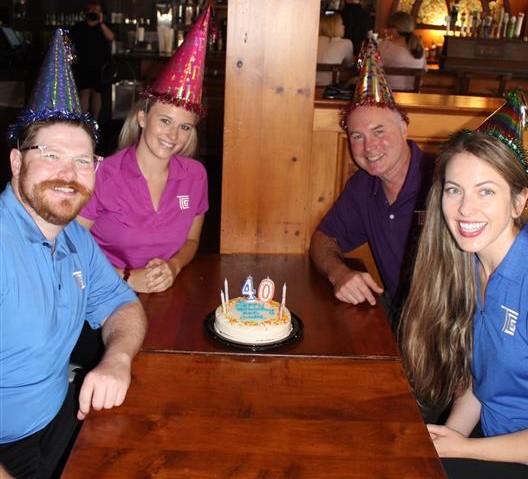 4 Major Milestones throughout the Decades

Today marks a momentous day for the R&D tax Credit. It has been exactly 40 years since the honorable President Ronald Reagan signed the Economic Recovery Tax Act of 1981 (ERTA) into law.  This was a move to encourage economic growth by providing tax cuts to stimulate the economy through capital investment, job creation, and incentives to small businesses.  And it worked! Since its signing, billions of dollars in R&D tax credits have been granted to American taxpayers which has helped spur innovation, discovery, and extraordinary technological accomplishments.

Having spent nearly my entire 35-year career focused on this one tax provision, I have witnessed firsthand the many notable positive changes that have impacted the credit throughout the years. And,  I wanted to celebrate this notable occasion by taking a quick look back at what I believe to be some of the memorable milestones throughout the decades:

The 1980s:   The R&D Tax Credit is Enacted as a Temporary Provision

On August 13, 1981, President Ronald Reagan signed the ERTA into law. Within the Act, Congress included a temporary 25% tax credit which incentivized research and development spending by businesses, and thus, the Federal Research and Development Tax Credit was born.  Congress intended this incentive to promote economic growth, improved productivity, and increase U.S. competitiveness in the new global marketplace.

It’s interesting to note that at the time of enactment, credit eligibility had merely one requirement that the underlying expense met the definition of R&D pursuant to IRC Section 174.  Unfortunately, within just a few short years, the IRS reported perceived taxpayer abuse in classifying activity as R&D and by 1986, new legislation was put into place mandating 3 additional requirements be met.  Given this change, credit eligibility now had a 4-Part Test, which is still in effect today.

By the way, Congress also reduced the credit rate from 25% to 20% in the same 1986 legislation.  In hindsight, this reduction in the incentive would appear to conflict with the direction that the U.S. economy and global competitiveness was heading at that time.

In the 90’s, the IRS took its first stab at defining what is and is not Internal Use Software (“IUS”).  The differentiation is important, because IUS R&D must meet a High Threshold of Innovation (“HTI”) test to qualify for the credit, while non-IUS R&D does not.

IRS regulations issued in 1997 created massive controversy in this area which would last for decades, and include the issuance of multiple versions of proposed and even final treasury regulations (Please note: a final regulation may not always be a “final” regulation…).

It was not until final (and I mean “final”) regulations were issued in 2016, for most of the more controversial issues to be put to bed.   These were extremely taxpayer favorable regulations, and were intended to reduce the subjectivity that had existed in both the definition of IUS as well as the requirements of the HTI if development was in fact classified as IUS.

The 2000s – The Alternative Simplified Calculation (ASC) Method is Added

In the early days, one of the true shortcomings of the credit had been the lack of incentive it provided to taxpayers who had static or consistent annual spends in R&D.  Regardless of the amount that a taxpayer was spending, the regular credit calculation method required incremental or increasing spend for a taxpayer to actually earn credits.

Then, in 2007, with the addition of the ASC method, taxpayers no longer had to spend more in R&D each year to earn the credit.  In fact, a taxpayer could even be spending less in R&D during the current tax year and still earn significant tax credits.  (Note, this is a fact pattern that we are seeing play out a lot right now during this era of Covid.)

The addition of the ASC method also helps eliminate one of the most prevalent and contentious issues relating to the R&D credit; calculation of the fixed-base percentage (cue the sound of groans).  Prior to the availability of the ASC method, taxpayers were forced to calculate and substantiate R&D activities and expenses which were incurred in the 1984 through 1988 time period, even if they did not claim the credit in any of those tax years!  (cue the howls of anguish).  The ASC limits the need for this analysis to only the 3 tax years prior to which the credit is being claimed, which is certainly a more achievable and less arduous task.

What many taxpayers and tax practitioners alike may have already forgotten, is that until very recently, the R&D tax credit had remained codified as a temporary provision. This meant that there was always a chance it could go away, thus taxpayers could never truly depend on it.

Then, seemingly out of nowhere, in 2015 with the signage of the Protecting Americans from Tax Hikes (PATH) Act the R&D Tax Credit was finally made a permanent incentive. This was a huge milestone as it meant that millions of U.S. taxpayers conducting R&D could finally breath a sigh of relief knowing that the credit would be available to them year after year.  And for the first time throughout my career, I was able to sleep at night knowing that I had a job security going into the future.

As if that wasn’t good enough, the PATH Act also added new statutory provisions which allowed the R&D credit to not only offset income tax, but also offset Alternative Minimum Taxes and payroll taxes for certain eligible taxpayers.

Now, for those of you out there who may not have been following the R&D credit as long as I, I can tell you that these were truly extraordinary changes.  It had been unheard of prior to this time, for credits to be given utilization outside of the general income tax realm.  Surely, there must have been negotiations in the sacred halls of Congress the likes that had never been seen before, to allow provisions such as these to come to fruition.

These last 40 years have certainly been a wild ride… one I’m thrilled to have been a part of.  And it’s my prediction that this next decade of the R&D tax credit will hold many new opportunities for growth and change.

For instance, within recent months, there have been many bi-partisan bills proposed by congress to strengthen and expand R&D tax incentives.  The proposed changes include everything from doubling the percentage of the credit, extending it to more small businesses and start-ups, and even reversing the 2017 Tax Cuts and Jobs Act (TCJA) law to ensure that companies can continue to fully deduct R&D investments each year.

Additionally, due to the challenges brought on by the COVID-19 pandemic, businesses have struggled with earnings and it has made it harder for them to immediately use traditional tax credits. In order to aid these businesses, congress is also considering ways to make tax credits refundable and more flexible.

About the Author: Michael Krajcer

Michael Krajcer, JD, CPA, is founder and President of TCG. He has spent his entire 35 year career working with the Research and Development Tax Credit. This includes a decade of experience auditing businesses who claimed it, and over 20 years of experience helping U.S. companies navigate through it. He has also resolved dozens of IRS and state audits of credit claims.