We are a passionate team of R&D Tax Credit and Employee Retention Credit professionals, excited to work with you.

Each TCG team member brings his or her own unique strengths to our firm.  Collectively, we consist of CPAs, Attorneys, former Big-4 R&D tax credit practitioners and IRS agents, and project managers or analysts with years of experience working in this complex tax area.  Together, we’ve made a career out of studying and understanding the R&D tax credit and defending our clients under IRS scrutiny. 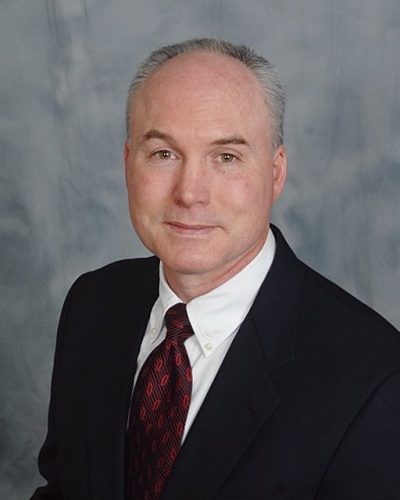 Mike has more than 25 years of experience in Research Tax Credit consulting and related IRS/State tax controversy resolution. Previously, Mike was the leader of Ernst & Young’s IRS practice and procedure group in Cleveland and a member of E&Y’s national tax practice. During his tenure at E&Y, Mike conducted/managed/and resolved before the IRS some of the largest studies performed in the area. Mr. Krajcer also spent 13 years with the IRS, where he was responsible for federal income tax examinations and research tax credit audit positions of the Fortune 500 companies headquartered in the region. He was Vice President at National City Bank where he was responsible for managing the bank’s own research tax credit study, like-kind exchange program, cost segregation studies and other specialty projects. Following his career with NCB, Mr. Krajcer was the Managing Technical Director for a national tax advisory firm focusing in R&D Tax Credit Studies. Mike managed a team of professionals working on hundreds of credit studies, and personally resolved dozens of IRS and State audits of credit claims.

Mr. Krajcer is an attorney and a certified public accountant in the state of Ohio. He holds a B.B.A. degree in accounting from the Kent State University and a J.D. degree from the Cleveland-Marshall College of Law, where he also instructs as an adjunct professor. He is also currently an adjunct professor at the Cleveland State University College of Business, instructing in the Master of Taxation Program. Mike is a frequent speaker on research credit topics at accounting shows and OSCPA events, and has published several articles on current issues relating to the credit. Mr. Krajcer is a current member of the Ohio Society of CPAs, the American Bar Association and the Tax Club of Cleveland. Mike is also an avid volleyball player and coach, volunteering with his 3 daughters as CYO coaches. 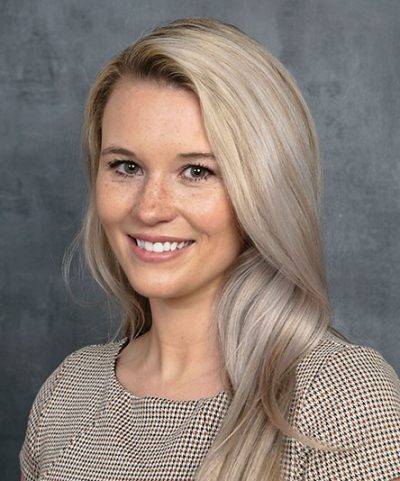 Margaret “Maggie” Krajcer serves as Vice President and General Counsel for Tax Credits Group. Based out of the firm’s Cleveland location, she leads the Tax Controversy department and focuses in R&D tax law and controversy resolution.

Maggie also has a passion for working directly with clients and serves as a project manager for some of the firm’s largest R&D Tax Credit studies. In this capacity, she works directly with client development teams to determine the qualification of R&D projects and writes technical project narratives in support of the research efforts. She also works directly with client finance teams to collect and analyze the critical financial data needed to quantify and calculate the credit. Maggie’s combined knowledge of tax law and her client-centric approach ensures that these studies are timely, accurate and able to withstand stringent IRS scrutiny.

Prior to joining TCG, Maggie served as an HR Legal Advisor for Cleveland-based Hyland Software where she focused in contract and employment law. In this position, she provided legal guidance and risk assessment on employment matters such as labor law issues, terminations and discipline and compensation plans. She also served as a legal clerk for the Cleveland based law firm Kolick & Kondzer Attorneys at Law where she focused on legal research and legal draft preparation. Her strong skillset in research, legal writing and contract law translates well to the R&D study work she performs today.

In her free time, you can find Maggie playing volleyball or hiking throughout the Cleveland area with her two dogs. 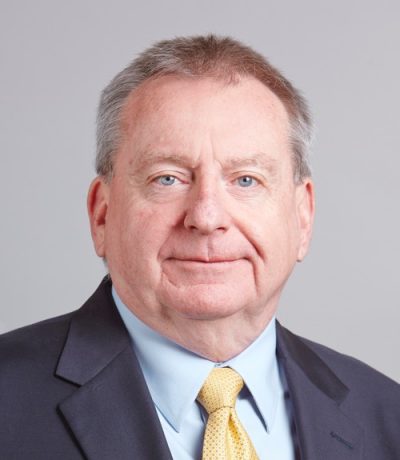 Jim has more than 40 years of experience in tax controversy and dispute resolution, including many focused on addressing issues relating to the IRC Section 41 Research Credit.

Prior to PWC, Jim spent 31 years with the Internal Revenue Service holding various positions, his most recent Senior Management position being Manager, Technical Advisors Research Credit and Accounting Issues in LMSB Pre-Filing and Technical Guidance. In this role, Jim worked as a lead advisor to the R&D technical advisory team, providing technical guidance and support. This included participation in discussion meetings with IRS exam teams, technical advisors and taxpayers/representatives to facilitate the resolution of issues at the lowest level. Jim also worked to ensure that the R&D technical advisory team took into account changing court decisions, and incorporated new interpretations of ways to substantiate research activity.

Other positions with the IRS included Territory Manager in the Heavy Manufacturing and Transportation (HMT) Industry of LMSB where he oversaw team managers in the states of Ohio and Illinois. Jim also served as Team Manager in Cleveland as well as Senior Regional Analyst in the Central Region where he was responsible for a variety of examination programs including the Coordinated Examination Program (CEP), International Program, Engineering Program and Computer Audit Specialist Program (CAS). Jim also took on many special assignments including Manager, Office of Tax Shelter Analysis Washington D.C and Director Field Operations East for HMT, Iselin, NJ. He has worked with taxpayers in various industries including utilities, aerospace, automotive, oil and gas, manufacturing, and retail.

Jim has served as a presenter for the Tax Executives Institute on the national, regional and local levels, The Youngstown State University Tax Institute, and the University of Akron Tax Forum. He received his Bachelors degree from Dyke College, Cleveland, Ohio. He is an Enrolled Agent. 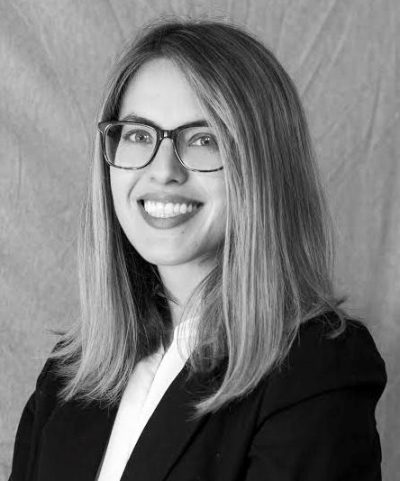 Bethany is passionate about helping U.S. businesses stay competitive in today’s global economy. She has nearly a decade of experience in Research and Development Tax Credit consulting, and has managed R&D Tax Credit studies for companies in a diverse range of industries including banking, software development and manufacturing.

Bethany has helped generate millions in R&D tax refunds for dozens of clients at the state and federal level, including two top 20 national banks. She also has extensive experience helping her clients navigate through IRS and state taxing authority controversy, including the IRS fast track settlement program, the IRS CAP program and the IRS appeals process.

Additionally, Bethany is an experienced sales, marketing and public relations professional. She has led presentations on the topic of the research credit, including a panel at the 58th annual Cleveland Tax Institute, and works with many business associations such as the Ohio Manufacturing Association to provide education about the R&D tax credit. Outside of TCG, she also serves a volunteer production coordinator for TEDxCLE. 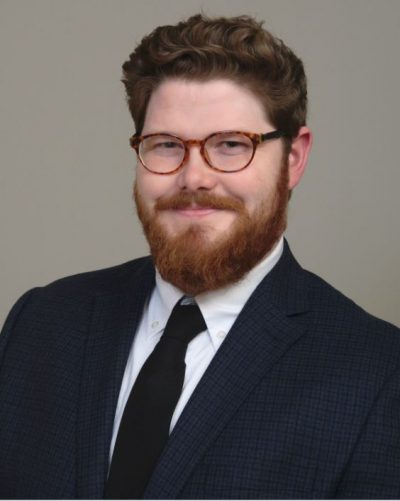 Working with small to mid-size clients in a diverse range of industries and locations, Bryan creates streamlined work plans around each client’s needs, and coordinates all aspects of the study process. This includes working hands-on with engineering and software development teams to determine the qualification of R&D projects, and working directly with finance teams to collect and analyze imperative data needed to quantify and ultimately calculate the credit.

Bruce McClain has represented clients for more than 25 years in IRS examinations, appeals, and Tax Court. Bruce is also currently a professor at the Cleveland State University and from 2007 to 2014 was the Chair of the university’s Accounting Department. He is the founder and director of the Cleveland State Master of Taxation program, and has grown the program from just nine students at its inception to over fifty students currently. Previously, Bruce was a supervisor in the tax department of Arthur Young & Co. in Cleveland, Ohio and an attorney with the law firm of Roudebush, Brown and Ulrich Co., L.P.A.

Mr. McClain is an attorney and a certified public accountant in the state of Ohio. He holds a B.A. degree in accounting from Hillsdale College, a J.D. degree from Case Western Reserve University School of Law, and a Master of Laws (LL.M.) in Taxation, from the New York University School of Law. Bruce is a frequent speaker on a variety of tax topics and he has authored over 30 tax articles that have been published in various national tax journals. Notably, Bruce authored an article on how to best represent corporate clients who are audited for alleged Excess Accumulated Earnings tax, which was included and cited in the BNA Tax Management Portfolio on that topic, as a source of advice on how to handle audits in this area. Mr. McClain is a current member of the American Tax Association, the American Institute of Certified Public Accountants, the Ohio Society of CPAs, the Cleveland Metropolitan Bar Association, Ohio State Bar Association, and the Academy of Legal Studies in Business. Mr. McClain is admitted to practice in the U.S. Tax Court. 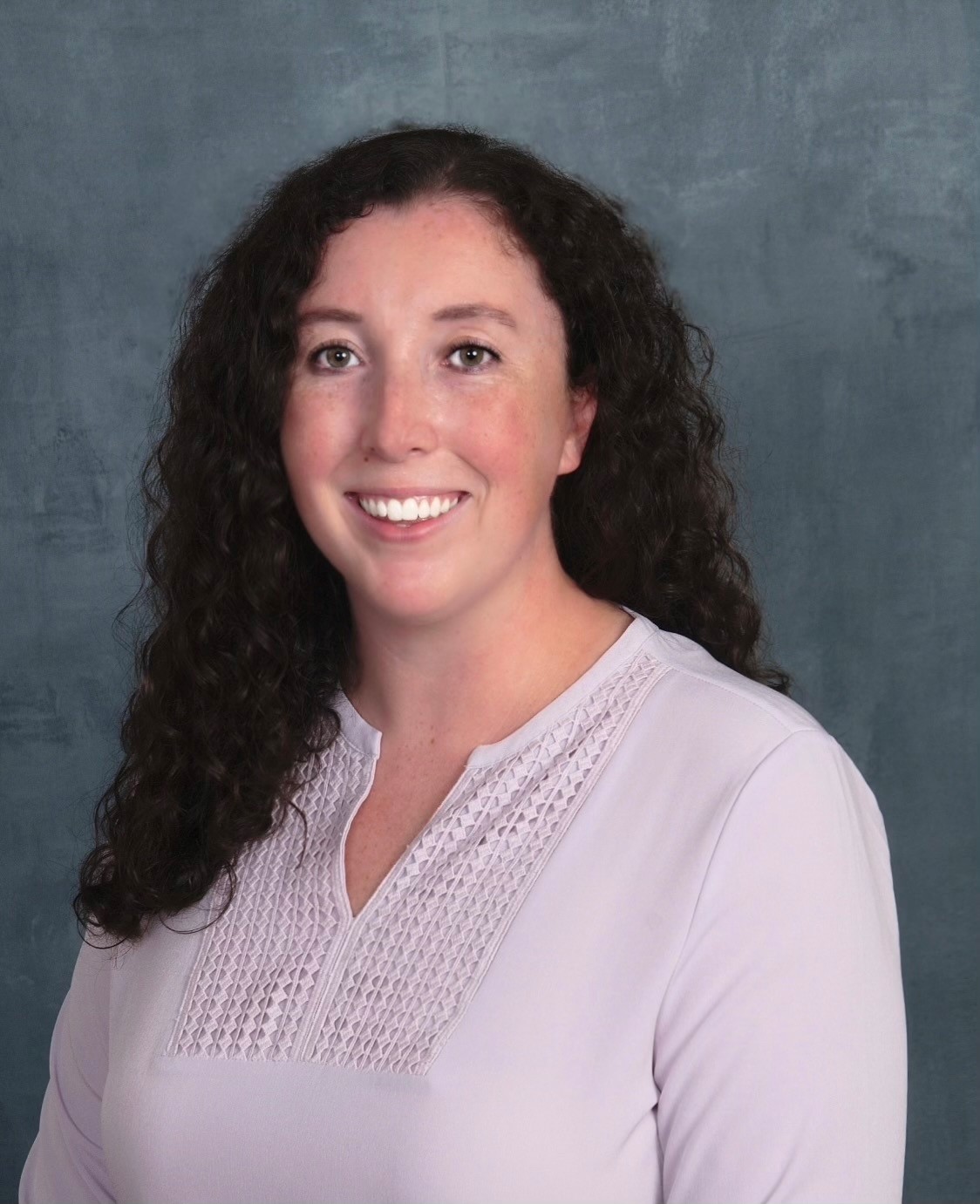 As the Vice President of Finance, Mallory oversees all financial activities for the firm. Her efforts include managing all aspects of accounting operations, developing revenue and expense tracking, and reporting financial information to appropriate groups. Mallory aids in developing ways to maximize the firm’s profits and ensures that financial transactions comply with tax laws and regulations.

Additionally, Mallory assists with marketing and IT efforts. On the marketing side, her duties include creating marketing strategies and goals related to customer acquisition, coordinating marketing projects with other team members, and producing and editing content such as social media posts, videos, infographics, presentation decks and webinars.

Mallory’s IT responsibilities include aligning IT infrastructure with current and future business requirements and goals, as well as providing support with equipment and system operations.

In her free time, you can find Mallory biking the beaches of Hilton Head Island and playing pickleball.

Mallory holds her bachelor’s degree from the Kent State University.